Since 1979, he has been working as a designer and decorator and has created numerous collections of one of a kind or limited edition furniture and objects.

His obsession with detail, his creativity and his rigor combine to invent a universe sometimes baroque, sometimes refined, dreamlike or playful.

He formed with Elizabeth Garouste, the famous duo Garouste & Bonetti, who in 1981 reintroduced into the design a poetic and baroque inspiration, combined with a production of arts and crafts. AVANT-SCENE is the editor of one of their collections. 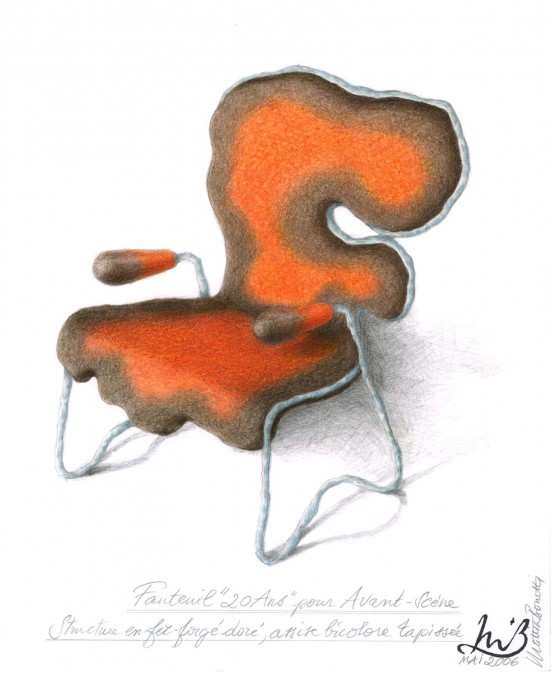 Mattia BONETTI was born in Lugano (Switzerland) in 1952. After studying art, he moved to Paris in 1973 where he created for the textile industry, then worked as an artist-photographer.
In 1979, he became a designer and decorator with Elizabeth Garouste. Together they created many collections of furniture and objects in unique pieces or limited series. They also created many interiors for individuals or for public places in France and abroad, while developing industrial products (Ricard bottle, Logo and visual charter of Christian Lacroix, Oscar of Packaging in 1992 for "the complexion of Nina Ricci ", tramway of Montpellier ...).

The Anglo-Saxon press awarded him the "Best Original Design Award" in 2004 for his furniture collection at London's David Gill Gallery.