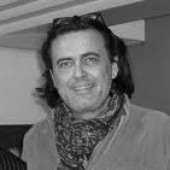 Franck Evennou uses bronze and wood as the inks to write the stanzas of an endless poem. Elizabeth Delacarte met the artist in 1991 and was moved by the beauty of his language. She has represented his work since then.

Franck Evennou is inspired by the eternal tale narrated by nature, the true muse of the artist. Thus, he creates his collections based on his observation of organic silhouettes in landscapes, of the play of light and shadows in the underbrush, of volcanic faults or of the mysterious surface of rivers under which the aquatic flora is intertwined.

At the Avant-Scène Gallery, Franck Evennou presents his creations as so many stories that will in turn resonate in the public’s imagination. 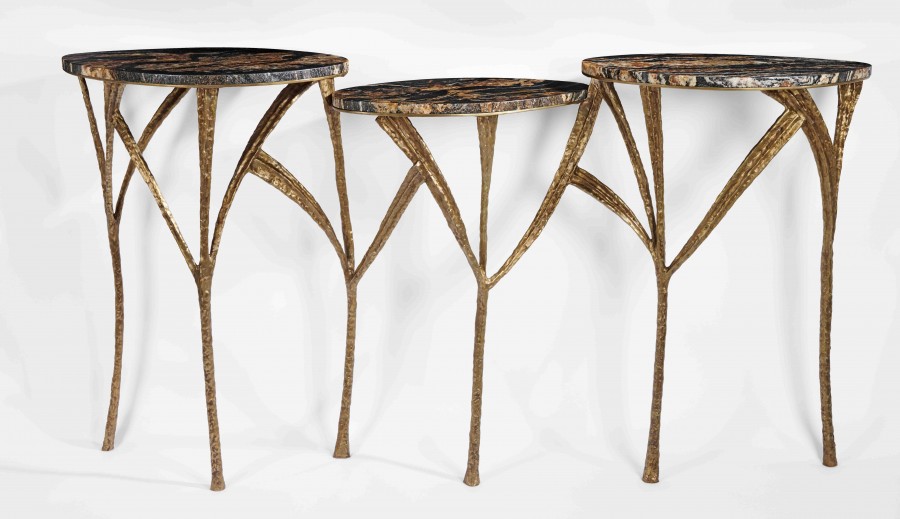 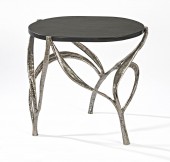 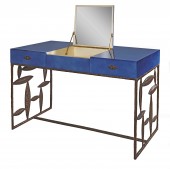 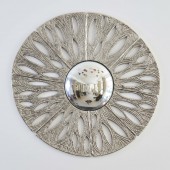 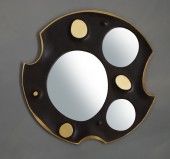 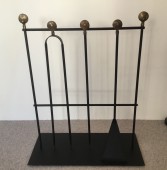 Bronze and wood
4 or 6 legs
Made-to-measure 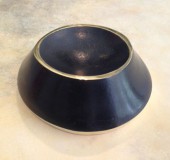 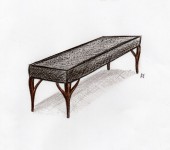 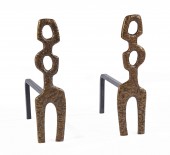 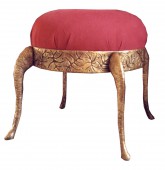 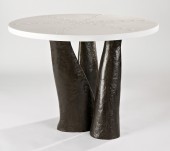 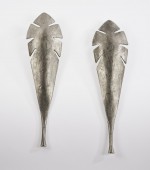 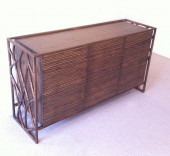 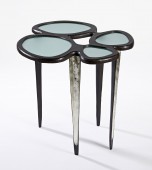 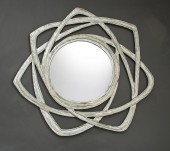 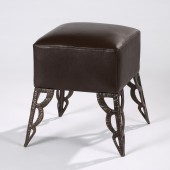 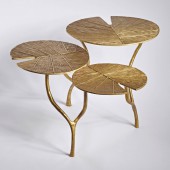 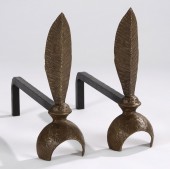 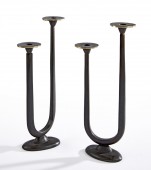 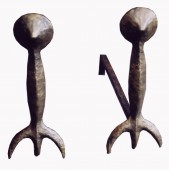 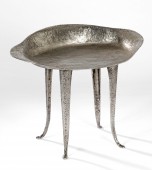 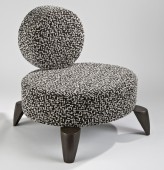 1998: Commission from the French Ministry of Foreign Affairs: Furniture for the French Embassy in Beyrouth, Lebanon
2004: Mobilier National order of a Bronze Middle Table
2006: Illuminating Sculpture for the Museum of Hunting and Nature, Paris (2006)
2010: Design and production of all the liturgical furnishings for the Noyon gothic cathedral.